A secret meeting room in a secret area of a secret NASA complex that Google Earth places at 2101 NASA Parkway, Houston...

STEVE BUSCEMI: You have any idea what we’re doing here?

MICHAEL CLARKE DUNCAN: Not a clue. You?

STEVE: I bet it has something to do with that Boehner guy shrieking all over the Internet about Armageddon.

BEN AFFLECK: You gotta stop getting all your news from the blogosphere, Steve. That stuff -- 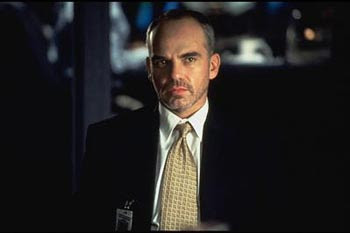 OWEN WILSON: Oh, man! Do we have unexplained backstory here?

BILLY BOB: You want to explain our backstory, Bruce?

BRUCE: Why bother? We both know they’ll just drop it from the final cut anyway.

BILLY BOB: If that’s how you want it, after all these years.

STEVE: It's just a lazy way to pretend you have character development when you really don't.

BILLY BOB: Gentlemen, please, if you’ll direct your attention to the Sony HDTV product placement on the wall...

BRUCE: Is that what I think it is?

BILLY BOB: That, gentlemen, is a major reform. It’s the size of one-sixth of the U.S. economy. And it’s heading this way.

STEVE: I knew it! That Boehner guy was right! Sweet mu --

BILLY BOB: A little long, but I guess we can cut in a shot of the back of someone’s head to make the timing work. 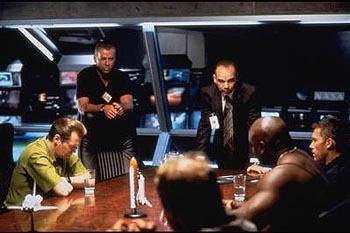 BRUCE: Nobody likes actors who try to direct, Billy Bob. It only leads to cinematic tragedy. Just tell us where this reform is now.

BILLY BOB: The leading edge of the taxation-and-regulatory cloud is already impacting our lives. Paris just got wiped out.

STEVE: That is so cool!

MICHAEL CLARKE DUNCAN: I guess even the worst reform can have something good in it, somewhere.

BILLY BOB: You won’t think that when the bulk of it comes crashing down on your shiny bald head, son.

BRUCE: Ordinarily, I’d believe you, Billy Bob. But we have unexplained backstory.

BILLY BOB: Bruce, you have to know how sorry I am that --

BRUCE: Save it, Billy Bob.

BILLY BOB: No, really. I've waited all these years to say --

BRUCE: I said save it!

OWEN: You know, you guys could have explained your whole backstory by now.

STEVE: It's just a lazy way to pretend you have dramatic tension when you really don't.

BRUCE: Focus, people. How much time until the main mass of the reform gets here, Billy Bob?

BILLY BOB: (pause) I guess we can fix that in post, too. 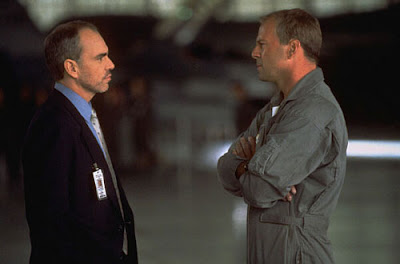 BRUCE: Why don't you stop worrying about potentially offensive catch-phrases, Billy Bob, and just tell us why we're here.

BILLY BOB: You always were a down-to-business guy, Bruce. Reminds me of that time we --

OWEN: Someone choke me with my own nose. Please.

BILLY BOB: Have it your way then, gentlemen. The truth is, we want you to save America.

BRUCE: You mean the world.

BILLY BOB: Yeah, like the foreign market still has that kind clout after this recession! You think the box office is bad here, take a look at --

BRUCE: I don't care about the box office, Billy Bob.

BILLY BOB: Well, I guess that explains Surrogates then.

BILLY BOB: Why not? Everyone else has.

BILLY BOB: Nice improv to get us back on plot, Bruce. But I haven't forgotten at all. In fact, that’s why your country needs you.

BILLY BOB: Steve! Seriously! We are already on page three here, so this scene is running way too long for Hollywood!

BEN AFFLECK: I was promised a line for each page of script.

STEVE: I was promised a scene where I get to play with animal crackers on Liv Tyler's bare stomach. 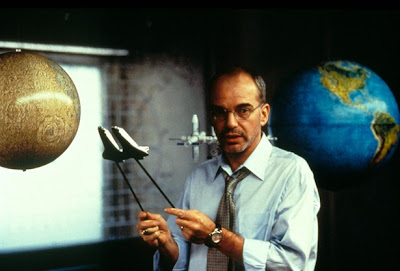 BILLY BOB: We want you and your team to fly out on a certified pre-owned space shuttle, drill deep into this reform, place a small nuclear device right next to its biggest internal contradiction, and then blow the whole thing into a million smaller pieces that the CBO can actually deal with.

BILLY BOB: We're not on page four yet, son.

BILLY BOB: And that just cost you page five.

BILLY BOB: We thought we’d managed to deflect it back in January, but something this massive just had too much inertia to overcome.

BRUCE: How deep a drill are we talking about?

BRUCE: And how dense is the verbiage?

BRUCE: Ordinarily, I'd agree to this madness, Billy Bob, because that's just the kind of guy I am. But we have an unexplained backstory, so you know I'm going to ask for something humorously unreasonable in exchange.

BRUCE: Well, my guys and I, we have some unpaid taxes.

BILLY BOB: And we have tax cheat running the Treasury Department. I think I can handle that.

BILLY BOB: Better get anything elective in now, definitely.

BRUCE: And we want out of this fine for not buying individual insurance.

BRUCE: No fine for us. Ever. Take it or leave it, Billy Bob.

BILLY BOB: How about I delay implementation of your fines until, say, 2018?

BRUCE: Don’t be a moron, Owen. That's after the reform is supposed to hit. He’s throwing out 2018 because he thinks he won't be around to have to follow through on it then.

STEVE: And I'll bet Billy Bob and his people here are actually responsible for this whole reform. And now they want us to save them from their tragic experiment full of unintended consequences!

BILLY BOB: That's a lot of italics for a little man, son.

BRUCE: It's even worse than that, Steve. Billy Bob here doesn't really think we can do it.

BILLY BOB: Well, no reform on this scale has ever been successfully --

BRUCE: That’s because we weren’t there, Billy Bob. WILL PATTON: Can I succeed so my estranged wife and son will finally respect me?

BRUCE: Sure, Will, just as long as you walk out that door in slow motion like the rest of us. 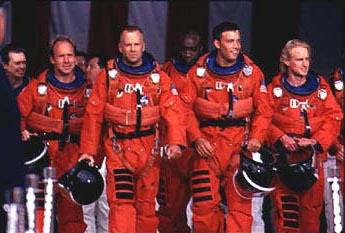