One of the great things about Comic Con is getting to see all the previews, trailers, and sometimes even entire television episodes before anyone else. Sometimes, unfortunately, that leads to a real let-down, like when the Season 2 trailer for Stargate Universe turned out to be a bit, well, overdone and underwhelming. I just couldn't get past the cliched "Mr. Movie Trailer" narration, and after being such a fan of the first season, I already knew how well the actors could handle turning toward the camera and looking concerned. Besides, the trailer for the back half of Season 1 had set a new standard for flat-out awesomeness, right down to the music playing beneath it all, and probably nothing the Universe people could have put together to showcase Season 2 would have topped that.

And sometimes, you just sit there stunned, because you're seeing something you had no idea was even coming and it just blows you away.

Like this Bollywood-style, online-gamer music video from The Guild...

[Attempt to insert annoying MSN video player that either won't embed at all, won't embed properly, or demands to show something else entirely. Grrrrrrrrrrr!]

Now, if you're thinking there should have been an actual video embedded up there, you're right. But after repeated attempts over the last 24 hours to make that happen, I've given up. So go see it here. It's well worth the click, I promise. 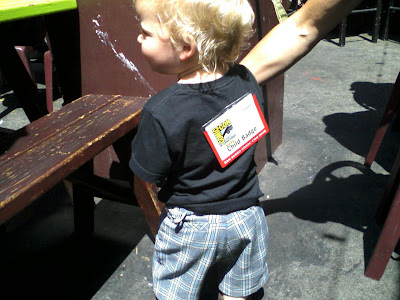 I can only imagine how Comic Con must have looked to someone his age, but from what I could see, he was having the time of his young life.

"There is no fulfillment in the Fulfillment Room."

I wasn't in Hall H of the San Diego Convention Center during the "Comic Con Stabbing." In fact, I never made it inside Hall H at all during my time there.

I was, however, lucky enough to be in the Indigo Ballroom when Wil Wheaton smacked down a certain trollish fanboy in the audience:

Having endured my own share of "Wesley Crusher" jokes over the years because of my name, thanks for the shared, vicarious revenge, Wil. And for one of the moments I'll remember most from my first Comic Con. I was sitting there cheering for you like everyone else in that room.

Overheard at Comic Con, Part I

"I love you, but you're acting really weird right now."

Comic Con: Where All My Nerdy Dreams Came True

Let's say you're a blogger who burns out on politics and, simultaneously, finds work and family demands almost completely overwhelming. How do you even begin to recharge? 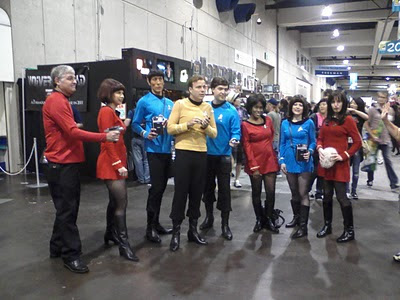 Yes, Comic Con! Where all the really cool girls are dressed in steampunk... 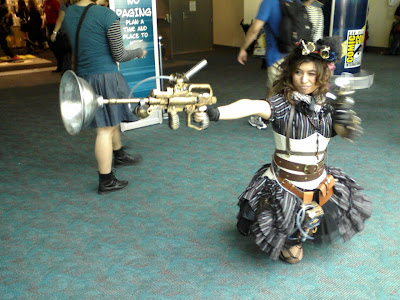 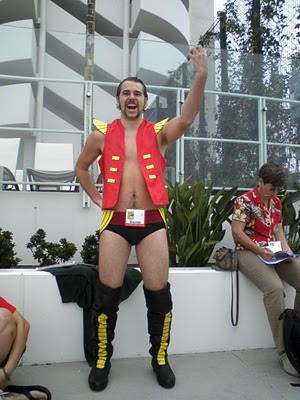 ...the street signs are in Klingon... 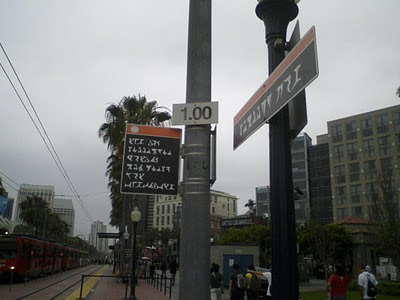 ...and you have to thread your way through a union protest at the Hyatt to get to the Convention Center... 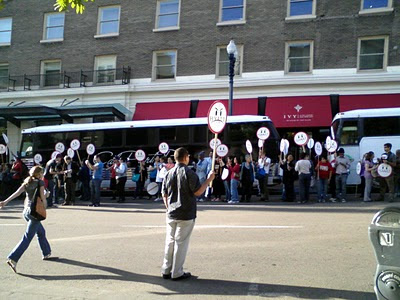 ...only to trip over a wookie playing in a street band... 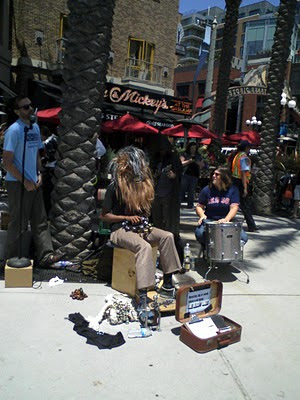 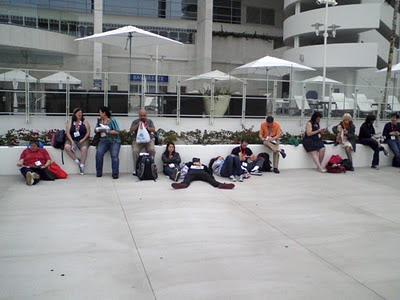 ...only to just barely make it into the very back of Ballroom 20 for the Stargate Universe panel... 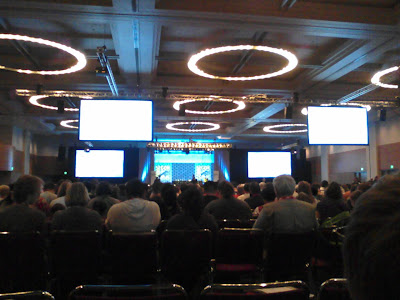 ...and then fight your way through the crowds of giant walking tote bags and other assorted costumes to the Exhibitors Hall, where you remember why you wanted to attend Comic Con in the first place... 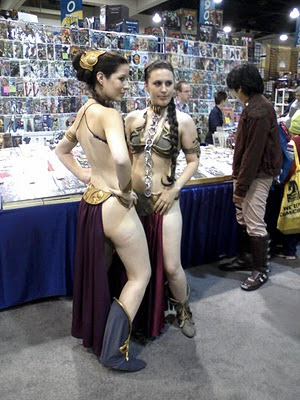 Okay, honestly, there was much more to it than a couple of Slave Leias and one oblivious Colonial. Like the entire trip also being a fifth wedding anniversary present to ourselves -- and a four-day reminder that I did, in fact, marry the right woman... 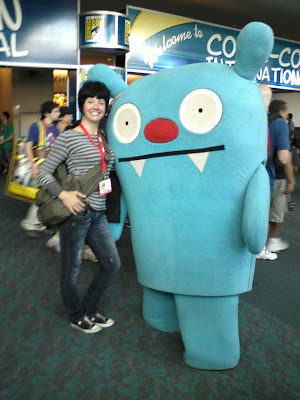 Like I heard Wil Wheaton say, "Comic Con... where all your dreams come true..."

Spotted while walking the dog: 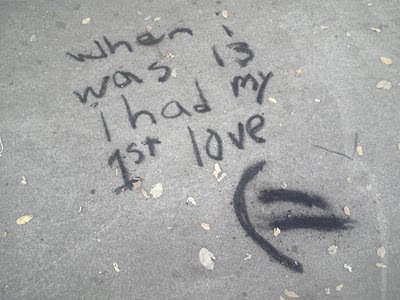 Molly Norris Gets No Peace

I wish I could say this comes as a surprise:

A CHARISMATIC terror leader linked to the botched Times Square car bomb has placed the Seattle cartoonist who launched "Everybody Draw Muhammed Day" on an execution hit list.

Yemeni-American cleric Anwar al-Awlaki - the radical who has also been cited as inspiring the Fort Hood, Tex., massacre and the plot by two New Jersey men to kill U.S. soldiers - singled out artist Molly Norris as a "prime target," saying her "proper abode is hellfire."

FBI officials have notified Norris and warned her they consider it a "very serious threat."

In an English-language Al Qaeda magazine that calls itself "Inspire," Awlaki damns Norris and eight others for "blasphemous caricatures" of the Prophet Muhammed. The other cartoonists, authors and journalists in Awlaki's cross hairs are Swedish, Dutch and British citizens.

Those of us who participated in Everybody Draw Mohammed Day are in the cross-hairs, too:

"The large number of participants makes it easier for us because there are more targets to choose from in addition to the difficulty of the government offering all of them special protection," wrote al-Awlaki, who is an American citizen. "But even then our campaign should not be limited to only those who are active participants."

He warned that "assassinations, bombings and acts of arson" are all legitimate forms of revenge against the creators of blasphemous depictions of Muhammad.

I've had my disagreements with how Molly Norris handled what her own cartoon set in motion, but there should be no confusion who the real villain is in this. And the villain is not Molly Norris. I hope all of us who took issue with her disowning and condemning Everybody Draw Mohammed Day remember that. Because this is the time to support -- unconditionally and in whatever way we can -- Molly Norris, just as we did Trey Parker and Matt Stone, and the Danish cartoonists, and Salman Rushdie.

I just hope all the American Muslims who embraced Molly Norris (and who Molly Norris embraced) in her efforts against her own creation are willing to do the same, now that she needs them even more than she needs those of us who carried on without her...

11 Things I've Been Doing Lately Instead of Blogging

2) Helping bring the Garage War to a just yet victorious end. And like the end of most wars, this one involved a border being drawn. 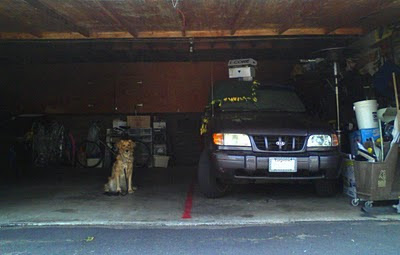 4) Revisiting the future world of 1980 as envisioned in Gerry Anderson's UFO, which I haven't seen since I was something like six years old. Even 40 or so years later, though, I still have no idea why all the women serving on Moonbase wore a purple wig as part of their uniform. 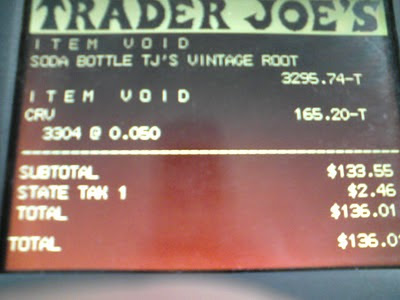 8) Finally taking the time to play The Bard's Tale.

10) Spending more time with the family. 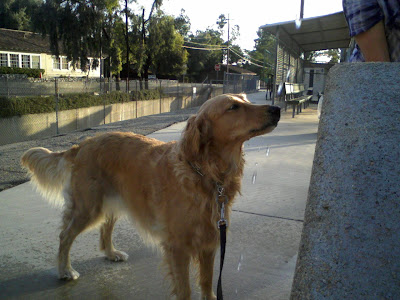