Andrew Klavan: "The Extremists Are Coming!"

Deep in the October

I could list all the many things going on in my off-line life that have kept me from blogging this month, but that would take time I don't have. So for now, let's just say that October has been a repeat of June, but on steroids. (Literally, at least where the dog is concerned.)

See you in November. (I hope.)

The next time a sweet older lady says, "I hope nobody minds dogs at the table," I'll know to take her literally... 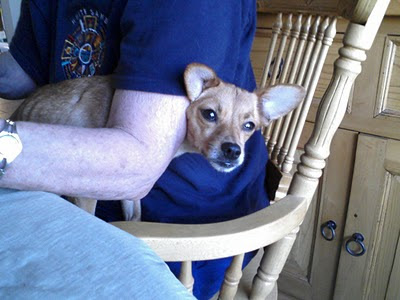 Given his almost legendary history of saying dumb and firing-worthy things on air, would you believe this is what finally got Rick Sanchez fired from CNN?

Buh-bye, Rick. I can only hope your replacement provides half as much blog fodder as you did...

Portrait of a Nervous Bingle

The last day or two have brought a California rarity, thunder, back into our lives. Having both grown up back east, my wife and I are loving these repeated, rolling blasts from our pasts. 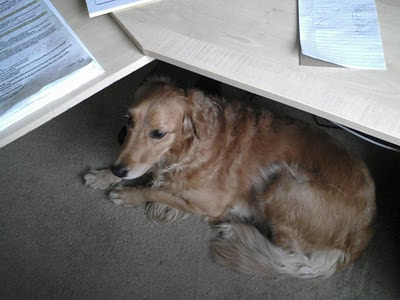 Our poor girl is having a very tough morning...