This Is The End

This blog has had a good run—several good runs, actually—over the years. Things change, though, and life moves on.

This is the final post for In My Copious Free Time, and comments are now closed. My thanks to everyone who read, commented, agreed or disagreed, and linked over the years. It was a great ride, and I’ve appreciated your support.

Take care, and best to all of you.

I spent ten years as a struggling, almost successful screenwriter. The first five years were one of the best times of my life. The second five years, not so much.

Broken Eden was written near the end of those second five years.

By this point, the agent who had actually signed me had left the business, and I’d been inherited by the name partners of the boutique agency I was with. So I was now a writer with an agency but no specific agent. On top of that, both agents already had their own rosters of clients bringing in regular commissions, and though I’d had some interest, including an option or two over the years, I was still a writer they were trying to break. Even worse, my last spec script had gone nowhere, and the one before that had provoked real disagreement, not just between the agents and myself but between the two agents as well—and had also gone nowhere. Worst of all, I was pushing forty, which for a still struggling screenwriter may have been the single biggest hurdle to my staying in the game.

Simply put, the next screenplay I turned in was going to be do-or-die for me, and I knew it.

That meant it had to be commercial with a capital C. It had to be plot-driven. It had to be high concept, an idea we could pitch in one sentence (something I had always had trouble with) and not a script anyone who read it could come back and say, “This should really be a novel.” It had to have large action set pieces. It had to have characters you could see specific, name actors playing. It had to be big and exciting, with a story that moved. It had to be read-able, because for all the talk about scripts just being the blueprint for a film, someone, somewhere, has to slog through it to the end, and you better make sure that person gets more than a bland set of verbal schematics sitting dead on the page. Above all, though, it had to be fun—especially for me, because those second five years had had a distinct lack of that very thing.

In a nutshell, I needed a Hail Mary career pass of a script.

Broken Eden was what I came up with. 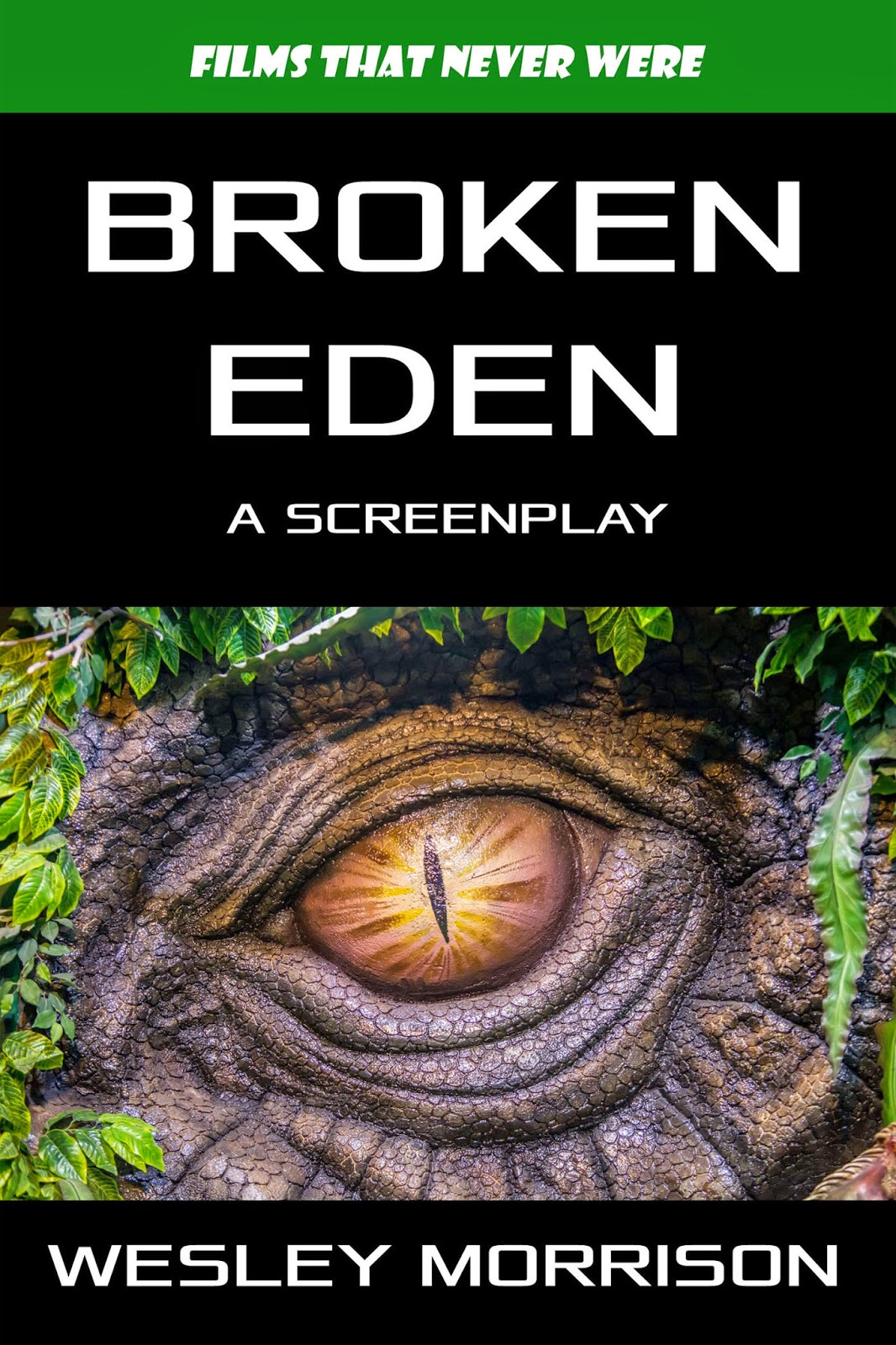 One of my old Hollywood contacts has leaked me this exclusive footage from Sony’s upcoming remake of the American classic Footloose...

A Piece of Eternity

I spent ten years as a struggling screenwriter. The first five years were one of the best times of my life. The second five years, not so much.

A Piece of Eternity was written early in those first five years.

I had spent my twenties writing three novels, with three different agents and far too many editors praising a manuscript, then passing on it, but always wanting to see my next one. And almost always saying, "This is so visual, it should really be a screenplay." I took that as a compliment early on, generally mumbled some neutral acknowledgment and ignored it a few years after that, then finally started wondering if I was writing in the wrong field altogether. So in my thirties, I switched, and life got wonderfully bizarre.

I landed an agent in Hollywood fairly quickly, after she read my second and third attempts at a screenplay. (Even I didn't want to read my first.) The third one even found some interest with the first producer who read it, which put me in a strange position: I had a project (supposedly) coming together, but I had never made the rounds of meet-and-greets with a calling card of a spec script. My agent and I both agreed the second one was better as a follow-up than an introduction, and a micro-budget indie producer was interested in it anyway. And that third one needed a budget to give even the most artistically minded bean counter the vapors. So I needed another one, a big yet affordable one, and quickly.

A Piece of Eternity was the script. 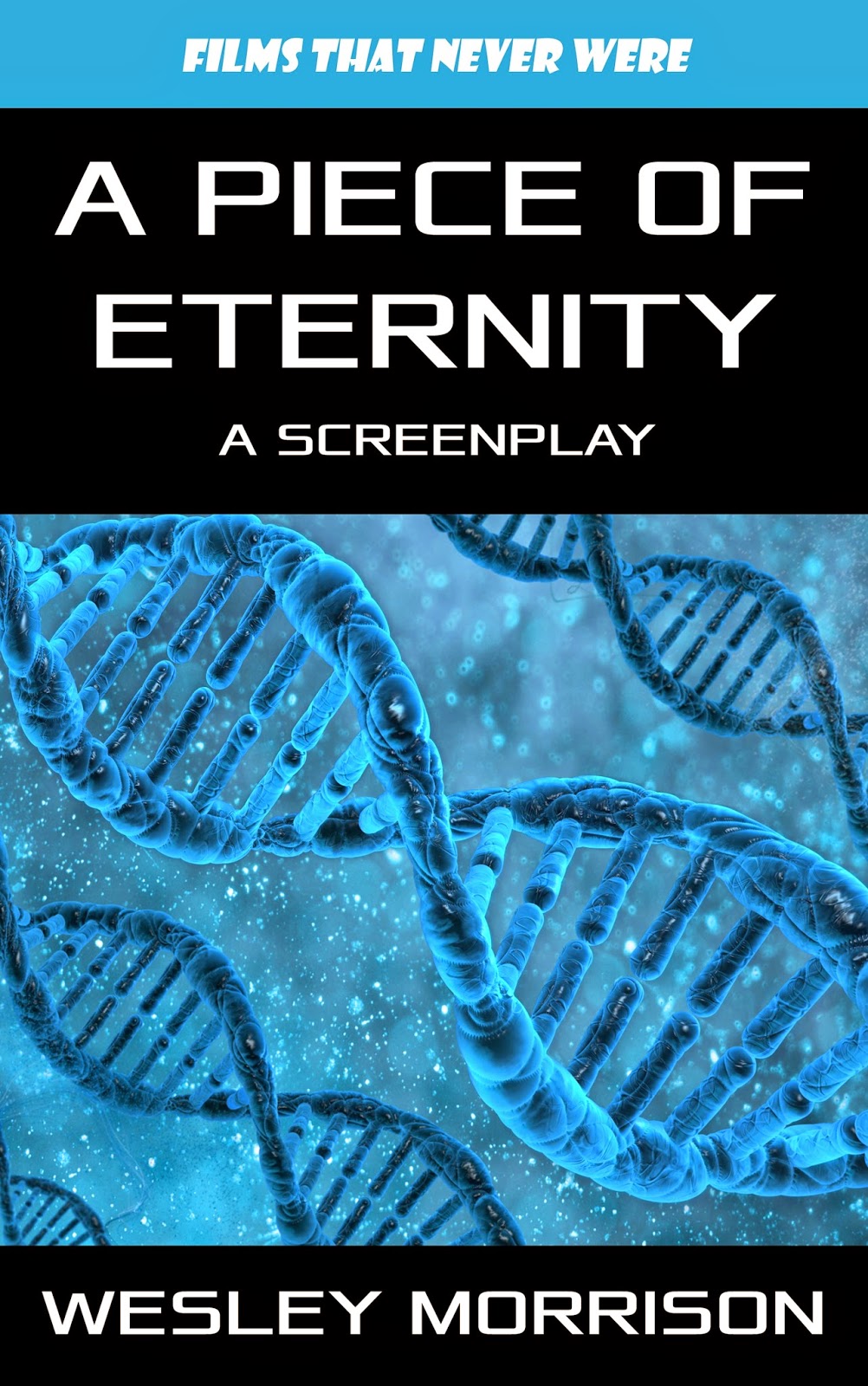 I Only Drank The One 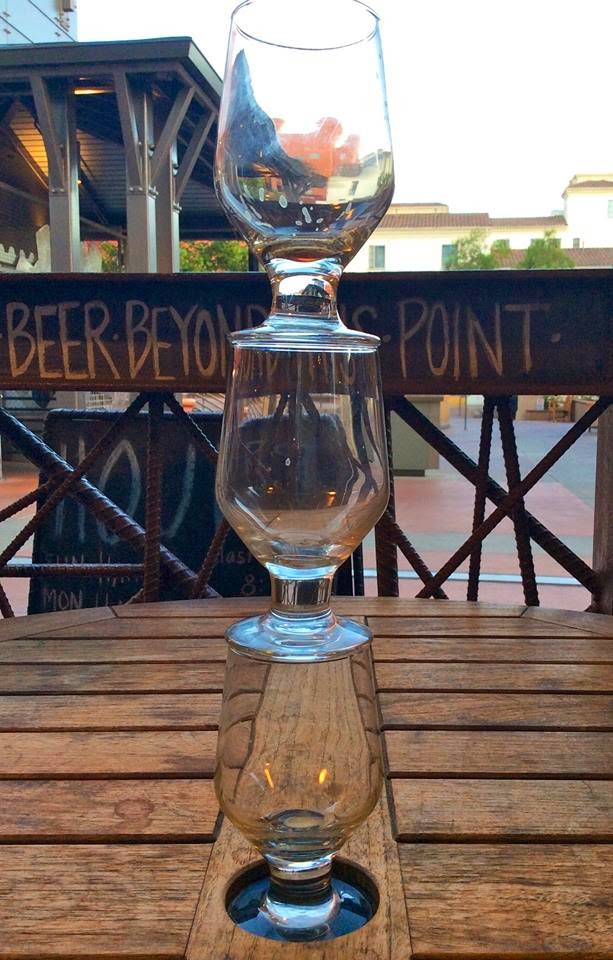 A bad neighborhood, where TWEEKER and TWEEKETTE argue.

TWEEKETTE: You’re holdin’ out on me!

A ratty car squeals to a stop at the curb beside them. 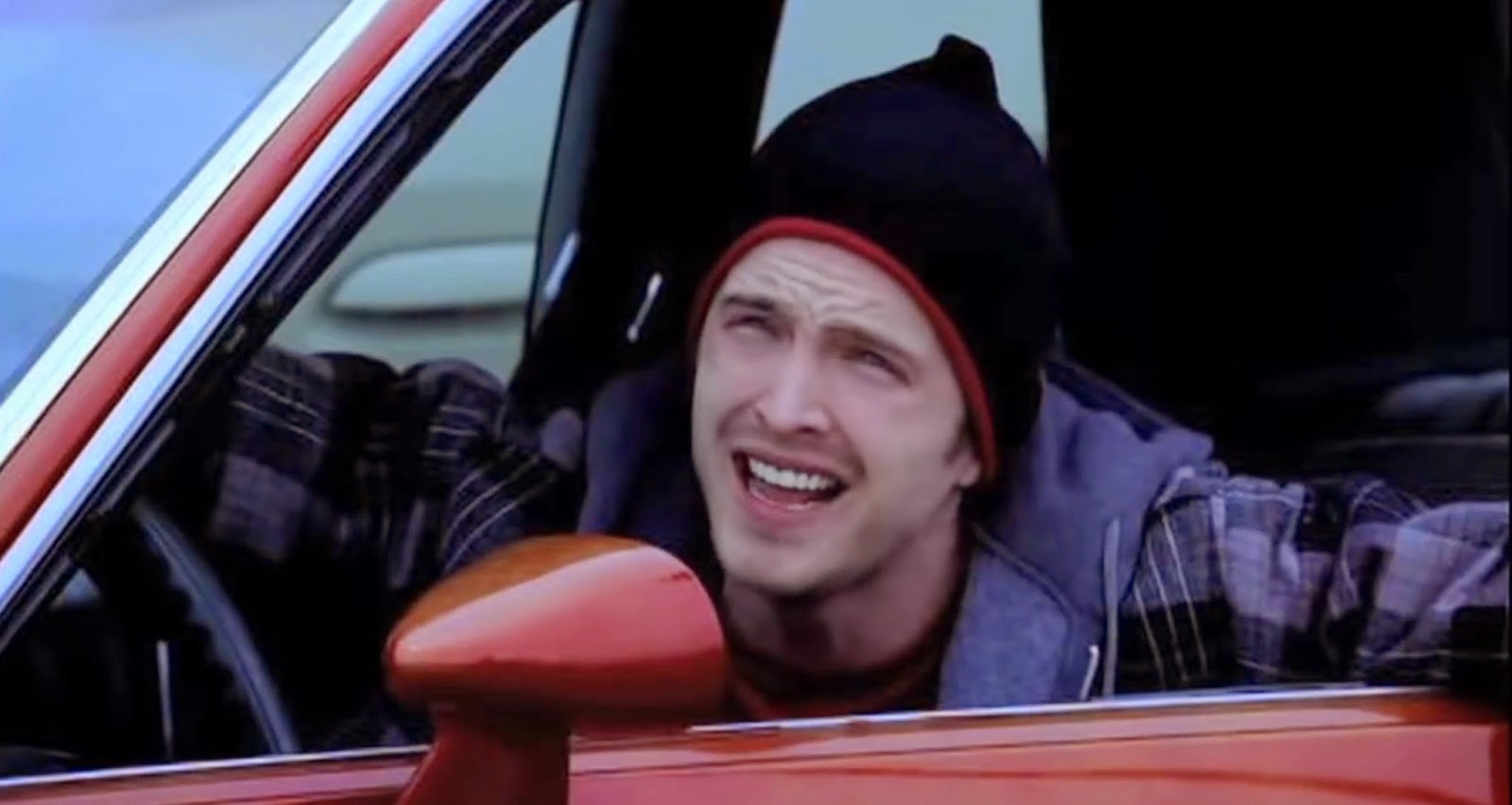 TWEEKER: Got any blue?

JESSE: I’m outta that life, man. Now I do therapy to redeem myself, ‘cause if I know anything, it’s meth-heads. But I do my therapy on the street, ‘cause I’m still an outlaw.

JESSE: And I need a state medical license, but the DEA ain’t gonna let that happen either. What’s the problem here?

TWEEKER: For the last time, I ain’t holdin’, bitch!

TWEEKETTE: And stop holdin’ out on me!

JESSE: Meet her needs, yo!

TWEEKETTE: He never tells me what he’s got hidden away in there!

TWEEKER: But all she wants is the blue, man!

JESSE: Yo, the blue is just a cover for your deeper issue.

TWEEKETTE: Oh, it’s all about the blue!

JESSE: It is not about the blue, alright?! And what’s with you expecting him to take care of you? You got, like, daddy issues or something?

TWEEKETTE: I don’t have daddy issues!

JESSE: Yo, this is science! Like, with beakers and robots and shit. Let’s try a role play –

Tweekette pulls a gun on Tweeker.

JESSE: So not what I had in mind…

JESSE: What, you think I got some magnet hidden away here to pull that gun from your old lady’s hands?!

TWEEKETTE: I said gimme the blue!

JESSE: Yeah… Um… I’m gonna give you a referral.

Jesse peels out, fleeing the scene.

Apparently, Yeoman Janice Rand in the original Star Trek series was the Chloe O'Brian of her day... 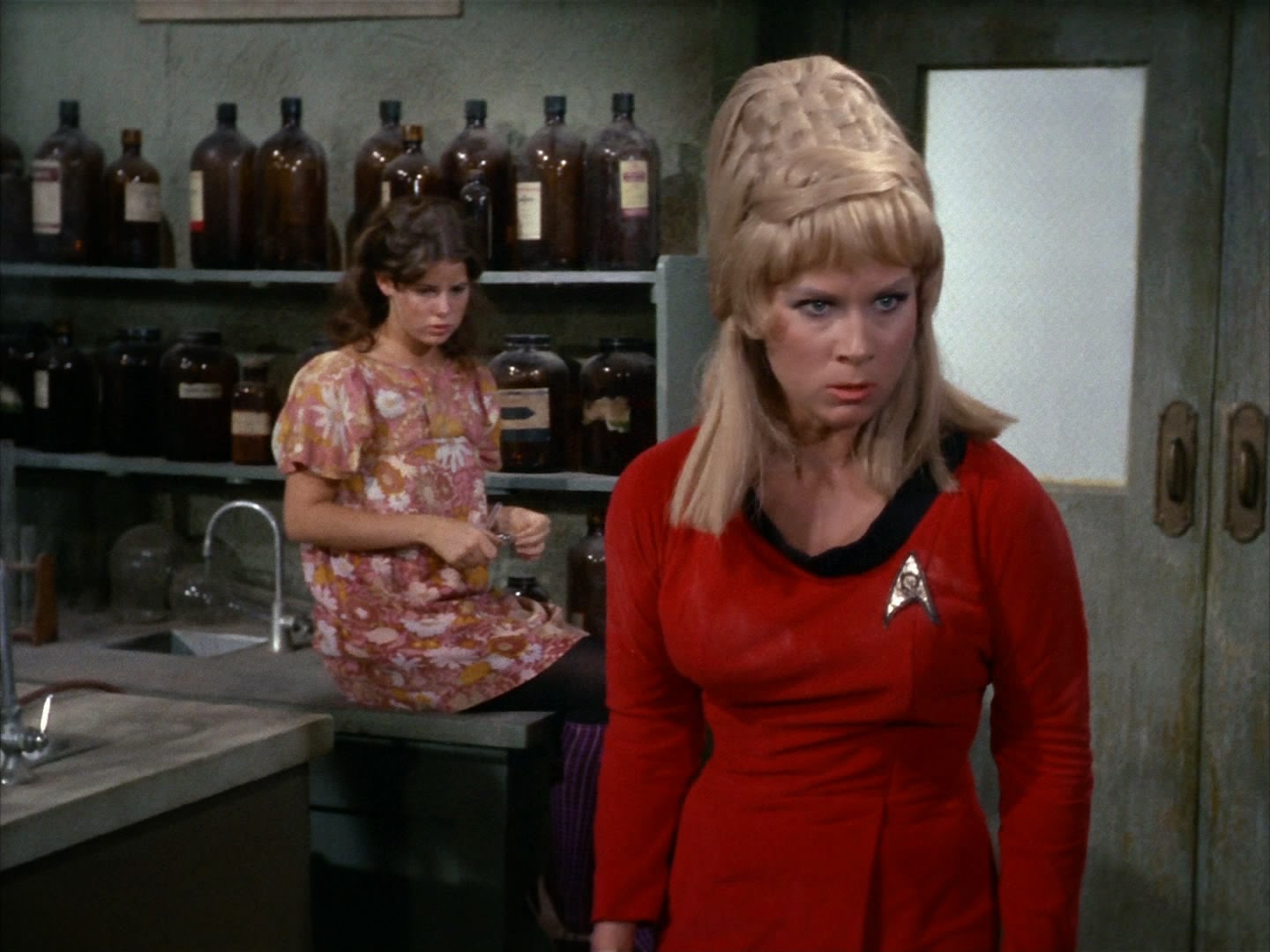 A sadly accurate commentary on the Internet and our times...
﻿


I would have been so screwed on that bubble tea question, too.

Andrew Klavan: "The Debate Is Over"

Back in the days everyone assumed I would go for a PhD in English Literature, I heard time and time again how “author’s intent” means nothing. In other words, it’s not what the book means to say, or even actually says, it’s whatever meaning you can find within (or impose upon) the text.

In fact, one reason I left that path was the many tortured reinterpretations I would have had to swallow—and create—on my way to Shangri-Tenure. Krystal Ball of MSNBC, however, clearly took this idea to heart when she declared George Orwell’s classic Animal Farm to be a warning against capitalism, complete with the pigs as Mitt Romney “maker” 1%ers. And when people took issue with this rather ground-breaking interpretation, Krystal stood her ground like only someone who had read an entirely different book could.

And thus the #KrystalBallBookClub was born.

Because what other classic books could be dramatically misrepresented to promote a blatantly political agenda? The possibilities are literally endless, once the sheeple are awakened and the scales removed from their eyes, but I suggest the following, in no particular order:

The Old Man and the Sea: Hemingway’s cautionary tale about the dangers of overfishing.

A Wrinkle in Time: Dry cleaning, patriarchy, and why women have always paid more and earned less.

Fear of Flying: Erica Jong examines the perils of airline deregulation and lack of FAA oversight.

The Lord of the Rings: Tolkien’s classic tale of how nine men fought the odds in their quest for marriage equality.

The Hobbit: Tolkien’s timeless classic of how ignorant Tea Partiers from flyover shires should just stay at home.

: Michael Crichton’s expose of how the GOP lost the youth vote.

The Five People You Meet in Heaven: Mitch Albom’s heartwarming tales of the MSNBC green room.

A Married Conversation About the Pizza-Welfare State

"Is that the piece I was eating?"

"It was just sitting there."

"I was going to finish that."

"But it was just sitting there."

"I thought you might see it, ask if I still wanted it, and then bring it over to me when I said yes."

"What, you expect the pizza-welfare state to just bring you a slice simply because you want it?"

"This is America! Get up off the couch and get your own slice!"

"You mean from the pizza you ordered online with a credit card and had delivered?"

Got this in the mail yesterday with the new checks I ordered. 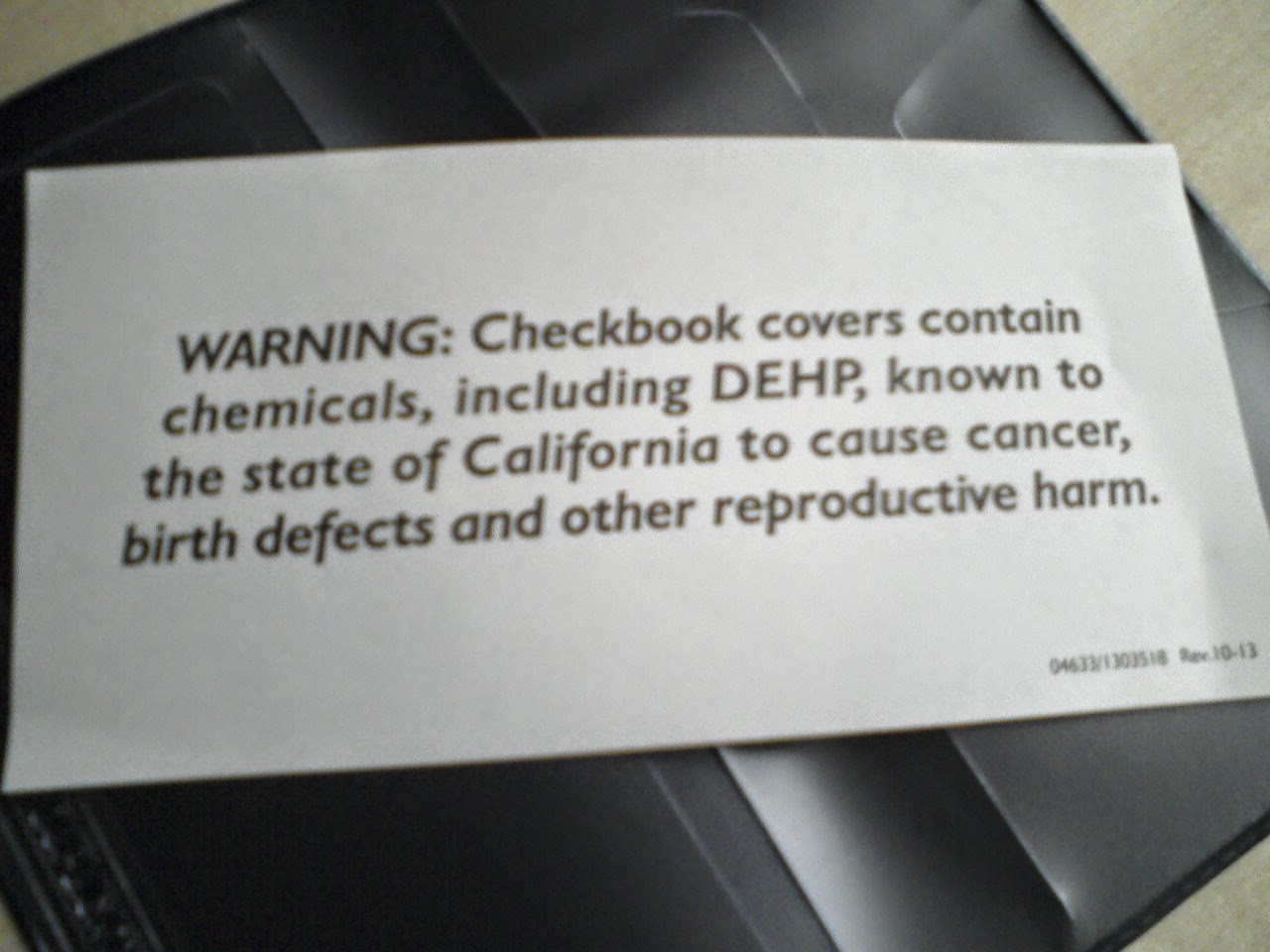 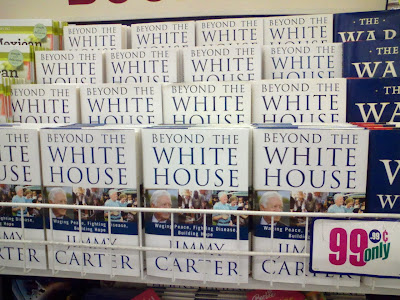